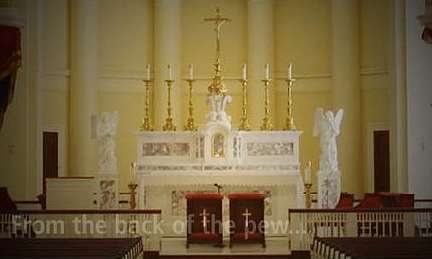 With the passage of one year, we are beginning to see that the most substantial effect of Benedict XVI’s Motu Proprio Summorum Pontificum is not exclusively or even directly related to the liberalization of the Tridentine form of the Roman Rite. To be sure, this form is making a comeback in parishes and seminaries and cathedrals, and this is a glorious development. The pope brilliantly named the old form the “extraordinary form” and the new form the “ordinary form” and made it clear that they constitute two forms of the Roman Rite. With this change in language comes a kind of liturgical healing, one that reduces the distance that has artificially separated us from the liturgy of the past.

What Summorum has achieved is to permit us to intellectually and spiritually draw from a broader range of experience as we look to the future. It has meant an end to the illusion that Catholicism was re-founded in 1969 and that we have nothing to learn from our ancestors beyond what not to believe and what not to do.

In retrospect, this sad situation could not have lasted. But it took a man of great courage to finally put an end to the barriers that had sealed off our heritage like a mansion that had been padlocked pending demolition.

Bloggen beskriver også hvordan situasjonen har vært i lang tid:
All Catholics have felt a grave form of discomfort all these years. The Mass that was displaced and then nearly suppressed was the center of Catholic life in the past. It made appearances everywhere in the art, the music, the theology, and spiritual writings. We would stumble upon an old Holy Card with a high altar and wonder whether it is really of any use today. We would find children’s books in used book stores and decide not to buy them because they featured priests facing liturgical East. The writings of the saints on the Mass didn’t seem as relevant to us since they seem to be talking about something we do not know or experience in our time. We would look at great musical compositions and wonder why the Sanctus is separated from the Benedictus and we would be tempted with the idea that this timeless music just isn’t viable in our day.

Even pictures of the past from our own parishes made us feel squeamish. What are these unusual vestments that the priests are wearing? What is that hat on the priest and is that even allowed today? Probably not. What happen to that altar that looks so beautiful and why was it replaced with this little table? Where did those altar rails end up, and is that stained-glass on the windows? It was hard for us even to look at all of this since it seemed like a period of time shut off to us.