In what he calls a “personal parish, not a geographic parish,” Archbishop Alex Brunett a year ago authorized patient advocates of restoring the Latin liturgy to form North American Martyrs parish in Seattle.

About 500 people packed into its temporary home, St. Alphonsus Church in Ballard, on Friday night as Brunett presided over a stirring, deeply spiritual high mass. Saber-bearing Knights of Columbus in full regalia escorted the procession. Gregorian music wafted down from the choir loft, while sweet-smelling incense filled the air.

Many women’s heads were draped in lace. Young children, present in large numbers, were quiet as, well, church mice. There were no response readings by the congregation. No laypeople walked to the microphone to read scripture. The congregation’s participation could be described in two words, prayerful and contemplative. …

The priests, as in pre-Vatican II days, faced the altar. Why? “The same reason a bus driver faces the road and not the passengers: The priest is leading the congregation to the Mount of Calvary,” explained Fr. Gerard Saguto, the parish pastor, who arrived from Indiana a year ago.

Fr. Seguto hails from the Priestly Fraternity of St. Peter, an order of priests founded by Pope John Paul II in 1988 to minister to the increasing demand for the mass in its older form.

In the past several decades, liturgical reform has swept out the old and ushered in a not-always-satisfying new … … The result has been the “Kumbaya cult” of guitar liturgies with emphasis on informality. Often with a tin ear, language of worship has been “modernized” and adjusted to meet the requirements of political correctness. 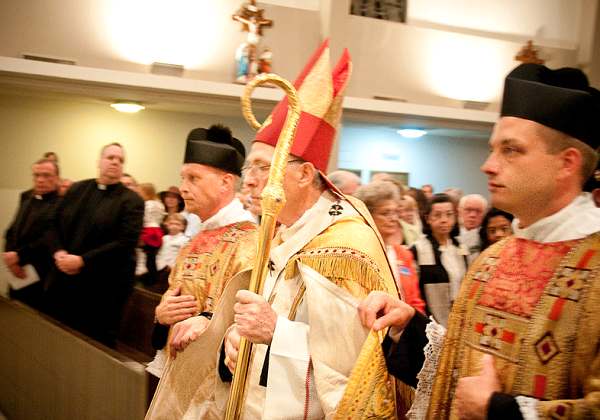 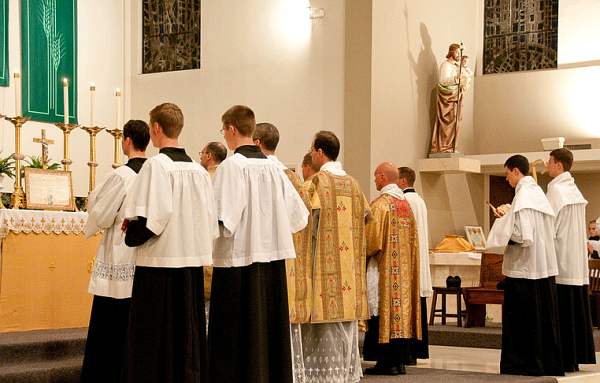 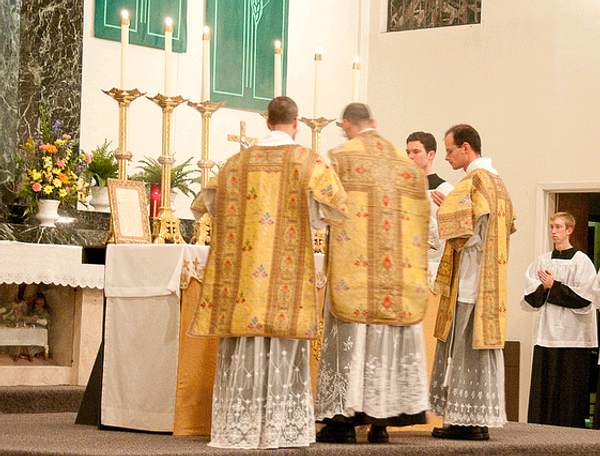 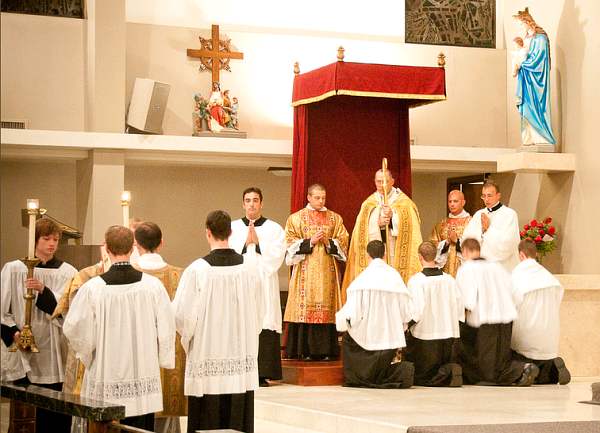 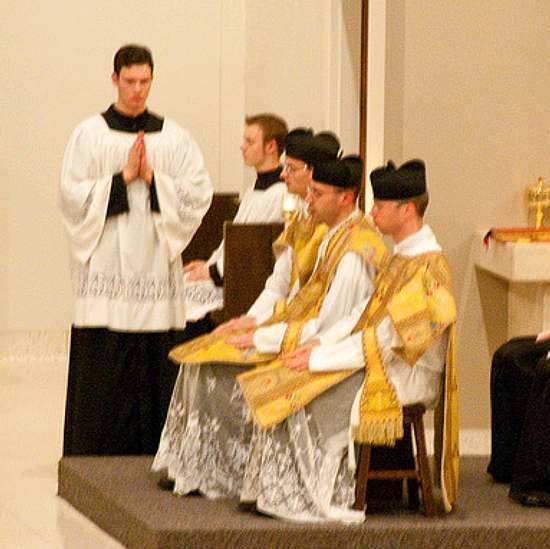 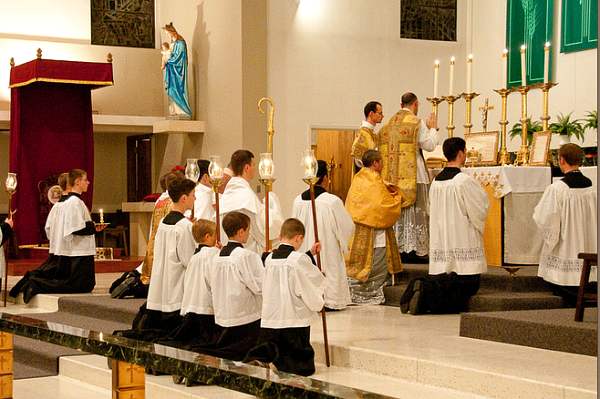 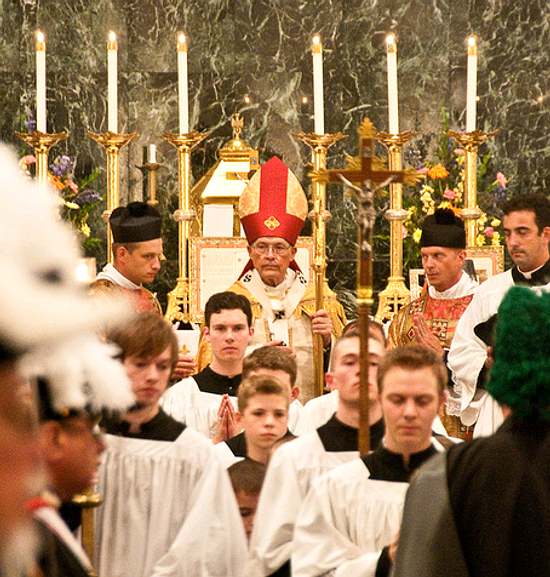