The big issue about abortion in the public square is not the moral quality of abortion; it is whether we should have laws prohibiting abortions. Hence, when AI announces that it opposes laws criminalizing abortion, it has for virtually all practical purposes joined with the pro-abortion side in the bitter political controversy surrounding abortion. If you are with AI, you can be pro-choice and think that abortion is morally permissible, or you can be pro-choice and think, a la Mario Cuomo, that abortion is morally impermissible. But you can’t be with AI and be pro-life.

That AI expresses no opinion on the moral quality of abortion itself is, from a practical point of view, of almost no importance; it amounts to taking no sides between Patricia Ireland and Mario Cuomo. If AI points to this aspect of its position to deflect attention from the only practically important issue—whether we should have laws against abortion—then it is being disingenuous, and Anderson was right to call AI on this.

… the “how” of the Church’s unity is complicated in interesting and challenging ways. For “the Spirit of Christ” uses all the churches and communities “as instruments of salvation,” the document continues, whence the one Church “is present and operative in” them. Thus, in the words of the council, a “certain but imperfect” communion exists now between all baptized Christians, who rightly call one another sister and brother in Christ. If, in the conjunction of these two points, there are still remnants of old-fashioned triumphalism, it seems crucial nonetheless to insist upon the ecumenical dividends paid out. For an unambiguous, if often poorly understood, option has been taken for describing our common membership in the one, catholic body, even as a motley collocation of churches and communities imperfectly united. Both the irreducible unity of the Church and her licit plurality as a communion have therefore been secured.

… In particular, does sacramental “nonvalidity” rule out sacramental efficacy? The distinction may, at first sight, appear to be one without a difference. The Catholic Church at and after Vatican II has, however, itself proposed the distinction, and answered “no” to the question.

If this is the Roman Catholic view, one nonetheless longs both for a charitable restatement and some development of the point in documents like the recent one from the CDF. For how is the Lord present in the Eucharist as it is celebrated simultaneously in churches that do not ye have the courage or the wherewithal to share the sacrament with one another? …

Obviously Rome’s ecumenical lexicon remains a stumbling block to many Christians—presumptuously authoritative hence annoyingly authoritarian to most mainline protestants … I would argue, however, that the Roman Catholic Church rightly adopts this posture precisely on account of its commitment to visible catholicity; whence the message is a gift, albeit at times a painful one— not only to receive, but, we should presume, to offer. For the avowed end of Catholic teaching is communion-in-love, a goal and a vocation that is irreproachable on gospel grounds. Who, then, would fault our Roman friends for attempting to lead all of us together?

Common prayer and labor toward the end of visible reconciliation are therefore not negotiable. And if we find the Roman style irksome or offensive, what of it? Pragmatically speaking, future ecumenical leaders will surely come to care about these matters in many different ways, including in some cases via a jolt from a Roman Catholic Church that seems to rebuke as it invites and to sting as it embraces. But will this not still be a provision of providence? The bottom line, as always, is love — and faith, and hope.

One can only say that Benedict has used the keys of St Peter with the wisdom of Solomon! By maintaining the unity of the Roman Rite, with two usages, the Pontiff not only refuses to canonise extremism in any direction, but provides perhaps the most powerful example possible of the ‘hermeneutic of continuity and reform’, in the application and interpretation of Vatican Council II, in accordance with his address to the Roman curia of 22 December 2005.

In a letter sent to the bishops of the world, explaining his reasons for issuing the Motu Proprio, Benedict underlines precisely this point: ‘There is no contradiction between the two editions of the Roman Missal. In the history of the liturgy there is growth and progress, but no rupture. What earlier generations held as sacred, remains sacred and great for us too, and it cannot be all of a sudden entirely forbidden or even considered harmful. It behooves all of us to preserve the riches which have developed in the Church’s faith and prayer, and to give them their proper place.’ 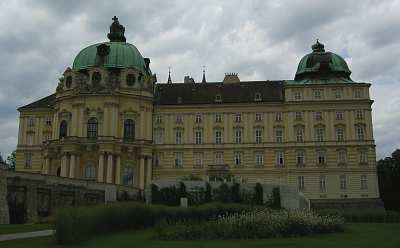 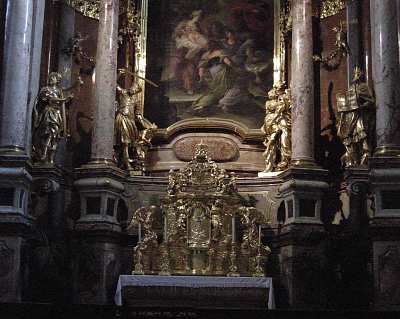 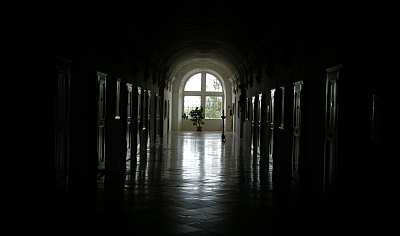 “The turning of the priest towards the people has turned the community into a self-enclosed circle. In its outward form, it no longer opens out on what lies ahead and above, but is closed in on itself.” (Spirit of the Liturgy, p. 80) Answering the common objection that once upon a time the priest rudely turned his back on the people, Ratzinger says, “The common turning towards the East was not a ‘celebration towards the wall’; it did not mean that the priest ‘had his back to the people’: the priest himself was not regarded as so important.” In the liturgy, he notes, “the congregation looked together ‘towards the Lord.’ … it was much more a question of priest and people facing in the same direction, knowing that together they were in a procession towards the Lord. They did not close themselves into a circle, they did not gaze at one another, but as the pilgrim People of God they set off for the Oriens, for the Christ who comes to meet us.” (ibid.)

Ratzinger points to this specific issue of priestly orientation as an example of how a problem that the Council intended to correct actually became a greater problem after the reforms. The problem of “clericalization” certainly existed prior to the Council; the liturgy appeared to be a thing belonging entirely to the priests – as Ratzinger notes, “it must be admitted that the celebration of the old liturgy had strayed too far into a private individualism, and that communication between priest and people was insufficient.”

… but … did the implementation of the Council’s reforms really solve this problem (of clericalization)? On the contrary, it seems that clericalization has reached a new level. With the re-orientation of the priest towards the people, Ratzinger says “an unprecedented clericalization came on the scene. Now the priest … becomes the real point of reference for the whole liturgy. Everything depends on him. We have to see him, to respond to him, to be involved in what he is doing. His creativity sustains the whole thing.” (Spirit of the Liturgy, pp. 79-80) As a result, says Ratzinger, “people try to reduce this newly created role by assigning all kinds of liturgical functions to different individuals and entrusting the ‘creative’ planning of the liturgy to groups of people who like to, and are supposed to, ‘make their own contribution.’ Less and less is God in the picture. More and more important is what is done by the human beings who meet here and do not like to subject themselves to a ‘pre-determined pattern.'” (ibid.)