Archbishop Timothy Dolan of New York brought hearty approval from a standing-room-only crowd at St. Patrick’s Cathedral on Palm Sunday when he defended Benedict XVI against «unrelenting insinuations» in the scandals of sexual abuse.

The archbishop asked the congregation for a couple of minutes of patience at the end of the lengthy Mass, and then said the «somberness of Holy Week is intensified for Catholics this year» by a «tidal wave of headlines about abuse of minors by some few priests, this time in Ireland, Germany, and a re-run of an old story from Wisconsin.»

«What deepens the sadness now is the unrelenting insinuations against the Holy Father himself, as certain sources seem frenzied to implicate the man who, perhaps more than anyone else has been the leader in purification, reform, and renewal that the Church so needs,» Archbishop Dolan stated.

The 60-year-old prelate suggested that Sunday Mass is «hardly the place to document the inaccuracy, bias, and hyperbole of such aspersions,» but it is «the time for Catholics to pray for Benedict our Pope.»

According to the Associated Press report of the archbishop’s words, the congregation responded with 20 seconds of applause. … …

… In 1996, I was introduced to the story of Father Murphy, formerly the principal of St. John’s School for the Deaf in Milwaukee. It had been common knowledge for decades that during Father Murphy’s tenure at the school (1950-1974) there had been a scandal at St. John’s involving him and some deaf children. The details, however, were sketchy at best.

Courageous advocacy on behalf of the victims (and often their wives), led the Archdiocese of Milwaukee to revisit the matter in 1996. In internal discussions of the curia for the Archdiocese of Milwaukee, it became obvious that we needed to take strong and swift action with regard to the wrongs of several decades ago. With the consent of then-Milwaukee Archbishop Rembert Weakland, we began an investigation into the allegations of child sexual abuse as well as the violation of the crime of solicitation within the confessional by Father Murphy.

We proceeded to start a trial against Father Murphy. I was the presiding judge in this matter and informed Father Murphy that criminal charges were going to be levied against him with regard to child sexual abuse and solicitation in the confessional. In my interactions with Father Murphy, I got the impression I was dealing with a man who simply did not get it. He was defensive and threatening.

Between 1996 and August, 1998, I interviewed, with the help of a qualified interpreter, about a dozen victims of Father Murphy. These were gut-wrenching interviews. In one instance the victim had become a perpetrator himself and had served time in prison for his crimes. I realized that this disease is virulent and was easily transmitted to others. I heard stories of distorted lives, sexualities diminished or expunged. These were the darkest days of my own priesthood, having been ordained less than 10 years at the time. Grace-filled spiritual direction has been a Godsend.

I also met with a community board of deaf Catholics. They insisted that Father Murphy should be removed from the priesthood and highly important to them was their request that he be buried not as a priest but as a layperson. I indicated that a judge, I could not guarantee the first request and could only make a recommendation to the latter request. …

With regard to the inaccurate reporting on behalf of the New York Times, the Associated Press, and those that utilized these resources, first of all, I was never contacted by any of these news agencies but they felt free to quote me. Almost all of my quotes are from a document that can be found online with the correspondence between the Holy See and the Archdiocese of Milwaukee. …

… in the documentation in a letter from Archbishop Weakland to then-secretary of the Vatican’s Congregation for the Doctrine of the Faith Archbishop Tarcisio Bertone on August 19, 1998, Archbishop Weakland stated that he had instructed me to abate the proceedings against Father Murphy. Father Murphy, however, died two days later and the fact is that on the day that Father Murphy died, he was still the defendant in a church criminal trial. No one seems to be aware of this. Had I been asked to abate this trial, I most certainly would have insisted that an appeal be made to the supreme court of the church, or Pope John Paul II if necessary. That process would have taken months if not longer.

Second, with regard to the role of then-Cardinal Joseph Ratzinger (now Pope Benedict XVI), in this matter, I have no reason to believe that he was involved at all. Placing this matter at his doorstep is a huge leap of logic and information.

Third, the competency to hear cases of sexual abuse of minors shifted from the Roman Rota to the Congregation for the Doctrine of the Faith headed by Cardinal Ratzinger in 2001. Until that time, most appeal cases went to the Rota and it was our experience that cases could languish for years in this court. When the competency was changed to the Congregation for the Doctrine of the Faith, in my observation as well as many of my canonical colleagues, sexual abuse cases were handled expeditiously, fairly, and with due regard to the rights of all the parties involved. I have no doubt that this was the work of then Cardinal Ratzinger.

Fourth, Pope Benedict has repeatedly apologized for the shame of the sexual abuse of children in various venues and to a worldwide audience. This has never happened before. He has met with victims. He has reigned in entire conferences of bishops on this matter, the Catholic Bishops of Ireland being the most recent. He has been most reactive and proactive of any international church official in history with regard to the scourge of clergy sexual abuse of minors. Instead of blaming him for inaction on these matters, he has truly been a strong and effective leader on these issues.

Finally, over the last 25 years, vigorous action has taken place within the church to avoid harm to children. Potential seminarians receive extensive sexual-psychological evaluation prior to admission. Virtually all seminaries concentrate their efforts on the safe environment for children. There have been very few cases of recent sexual abuse of children by clergy during the last decade or more. … 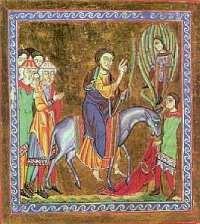 The sexual abuse of our young people is an international, cultural, societal horror. It affects every religion, country, family, job, profession, vocation, and ethnic group.

We Catholics have for a decade apologized, cried, reached out, shouted mea culpa, and engaged in a comprehensive reform that has met with widespread acclaim. We’ve got a long way to go, and the reform still has to continue.

But it is fair to say that, just as the Catholic Church may have been a bleak example of how not to respond to this tragedy in the past, the Church is now a model of what to do. As the National Review Online observes, “. . . the Church’s efforts to come to grips with this problem within the household of faith — more far reaching than in any other institution or sector of society — have led others to look to the Catholic Church for guidance on how to address what is, in fact, a global plague.”

As another doctor, Paul McHugh, an international scholar on this subject at Johns Hopkins University, remarked, “Nobody is doing more to address the tragedy of sexual abuse of minors than the Catholic Church.”

That, of course, is another headline you’ll never see. 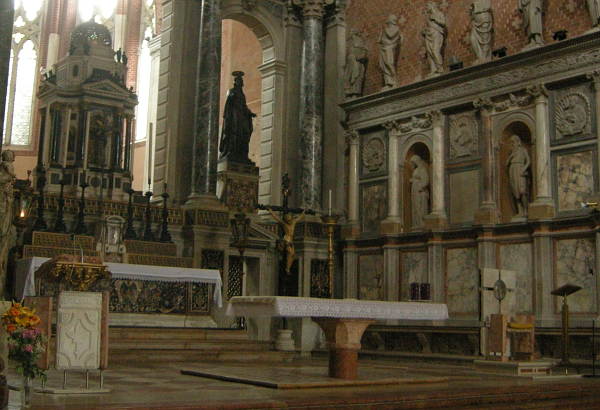 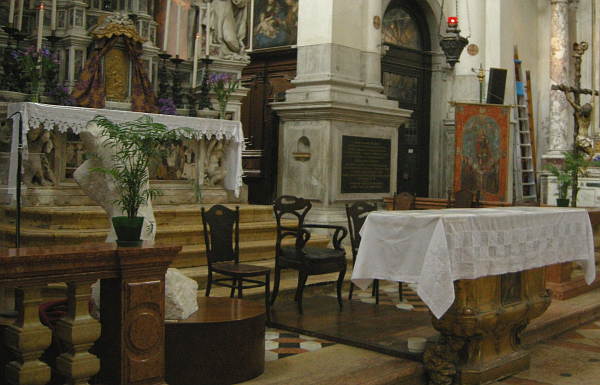 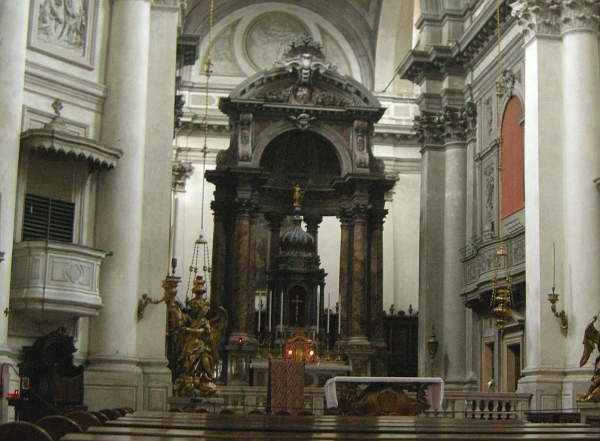 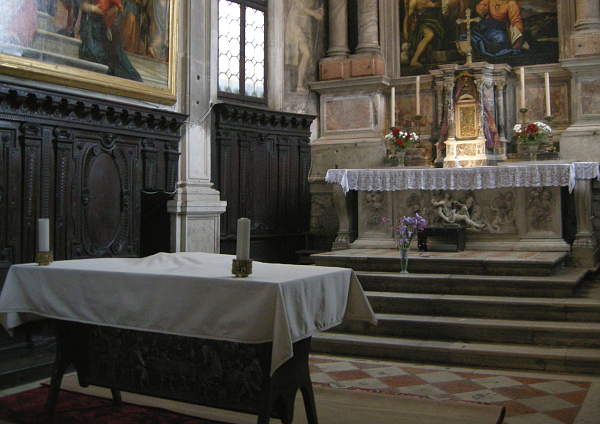 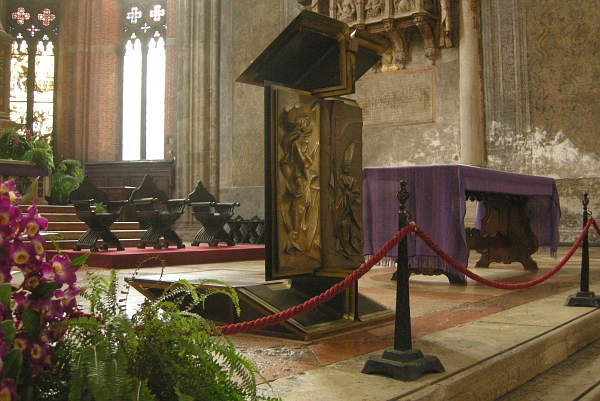 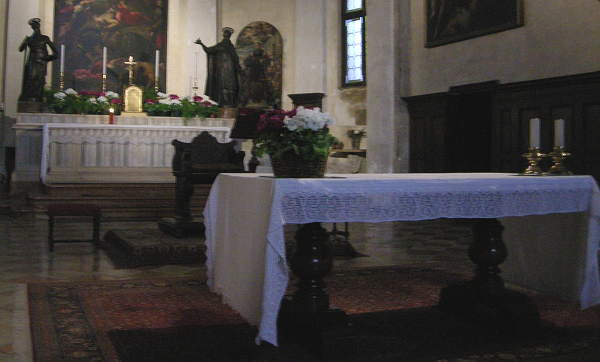 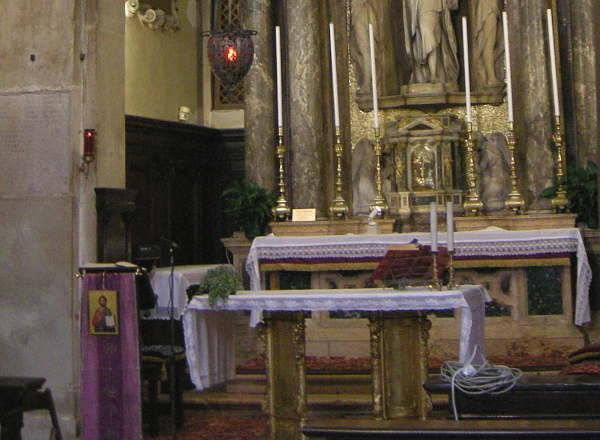 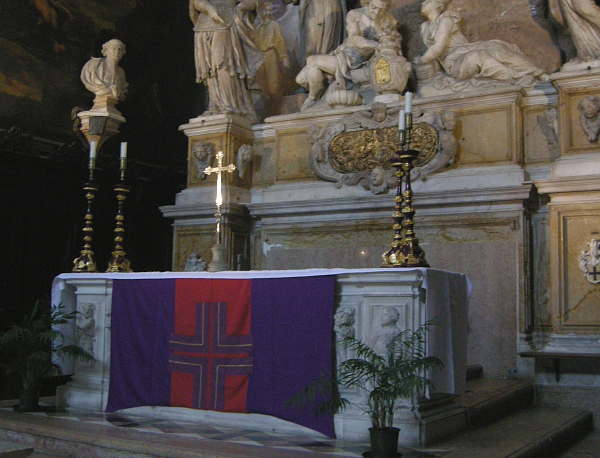 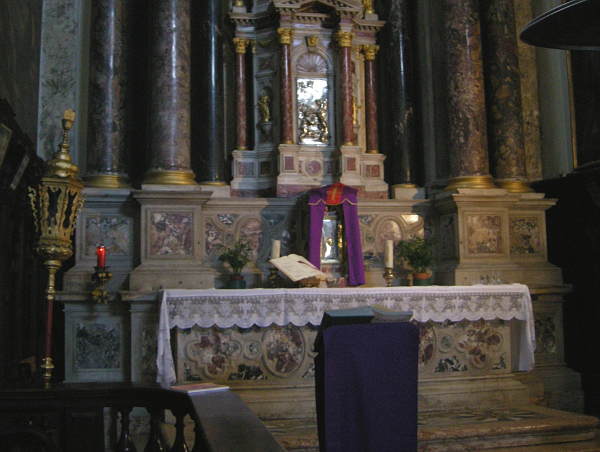 F. Dwight Longenecker (som selv er gift) skrev nylig på sin blog om overgrepsskandalene i Den katolske Kirke, som nå (igjen) dominerer mediebildet. Han skriver bl.a. at «we should be ashamed of the offenders and those who sheltered them and oppressed the victims. The guilty should be weeded out, removed from office and handed over to the civil authorities where they are guilty of crimes. Systems to avoid abuse must be established and rigorously maintained, and victims should be justly compensated for their suffering.»

* Priestly celibacy is not the issue – married men are more likely to abuse children than unmarried
* Most child abuse takes place within the home.
* All religious groups have pedophile scandals, and the Catholics (while the largest religious group) are at the bottom of the list statistically.
* Child abuse is prevalent in all areas of society: schools, youth organizations, sports, etc.

* Statistically, of all the professions, Christian clergy are least likely to offend. Doctors, Farmers and Teachers are the professions most likely to abuse children–not clergy.
* Among clergy offenders Catholic priests are least likely to offend.
* Catholic cases of pedophilia make more headlines because of anti Catholic prejudice and because the Catholic Church is bigger and more lucractive to sue.
* Pedophilia and Euphebophilia are different problems. The former is sexual attraction to pre-pubescent children. The latter is attraction to teenagers. Most cases branded ‘pedophila’ are actually ‘euphebophila.’
* Most of the cases of euphebophilia are homosexual in nature, however the politically correct do not want this problem to be associated with homosexuality.
* The number of Catholic priests guilty of pedophilia is very small.
* What we now call ‘cover up’ was often done in a different cultural context, when the problem was not fully understood and when all establishment organizations hushed scandals. They did so for what seemed good reasons at the time: protection of the victims and their families, opportunity for rehabilitation of the offender, the avoidance of scandal to others. It is unfair to judge events thirty years ago by today’s standards.
* When lawsuits are looming people smell money. We must be wary of false accusations.
* The accused must be entitled to a fair hearing. The church should insist on hard proof of the abuse, and for the sake of justice, ensure that the innocent are not prosecuted.
* When guilt is established the offender must be punished, not sheltered.
* Distinctions must be made between types of abuse. Some offenses are worse than others. Verbal abuse or corporal punishment during a time when that was acceptable, while lamentable, is not the same as sexual abuse or extreme physical abuse.
* Sexual abuse of an adult, or a sexually experienced older teenager is wrong, and damaging, and should be punished, but it is not the same as the sexual abuse of a younger, innocent child.
* Number of offenses must be considered. One lapse is not of the same seriousness as repeated, persistent and premeditated offenses. 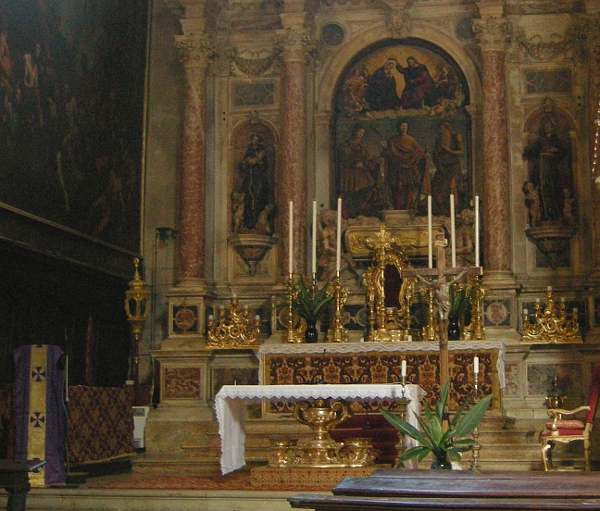 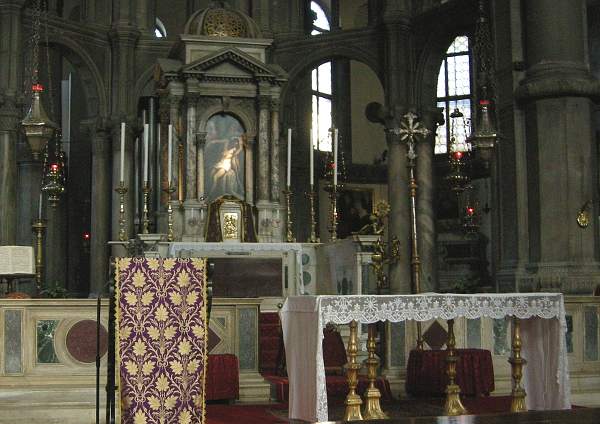 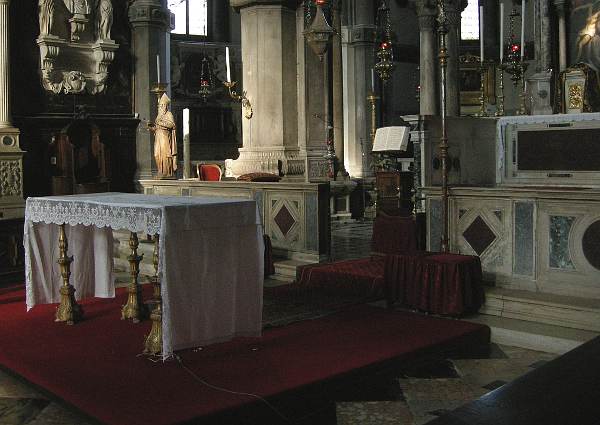 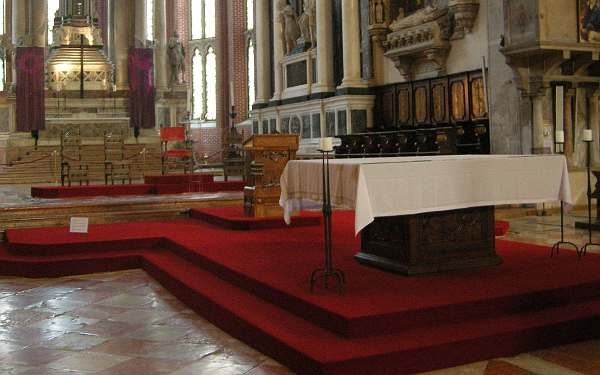 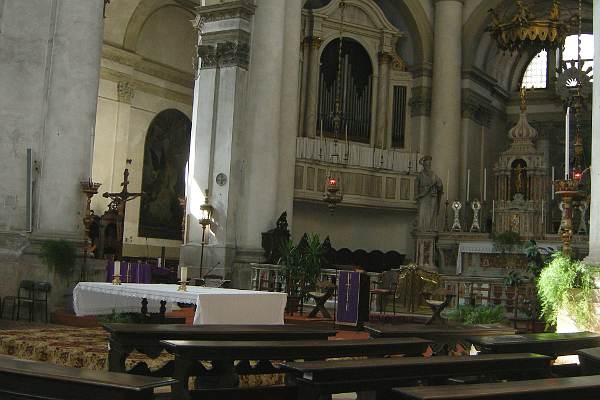 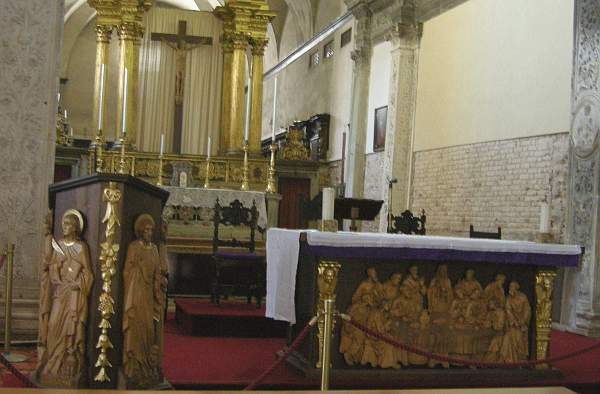 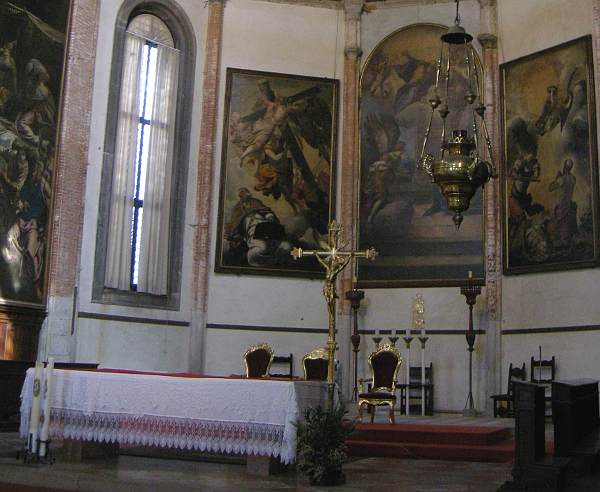 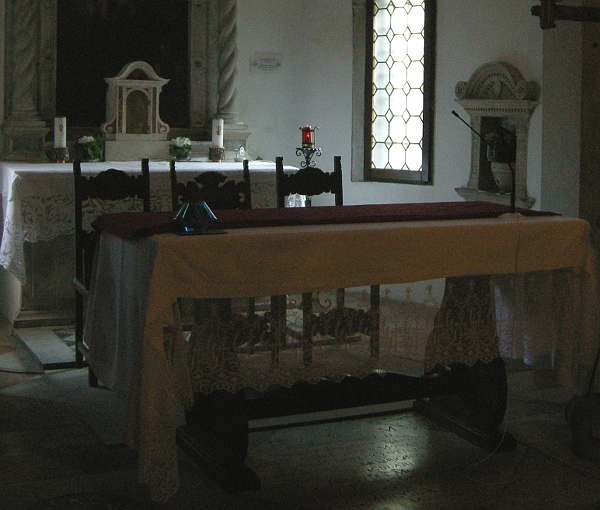 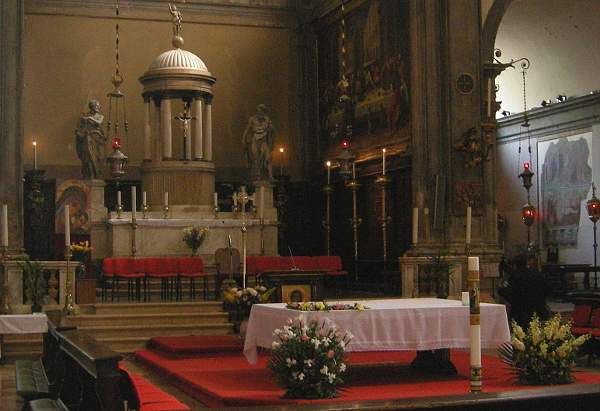 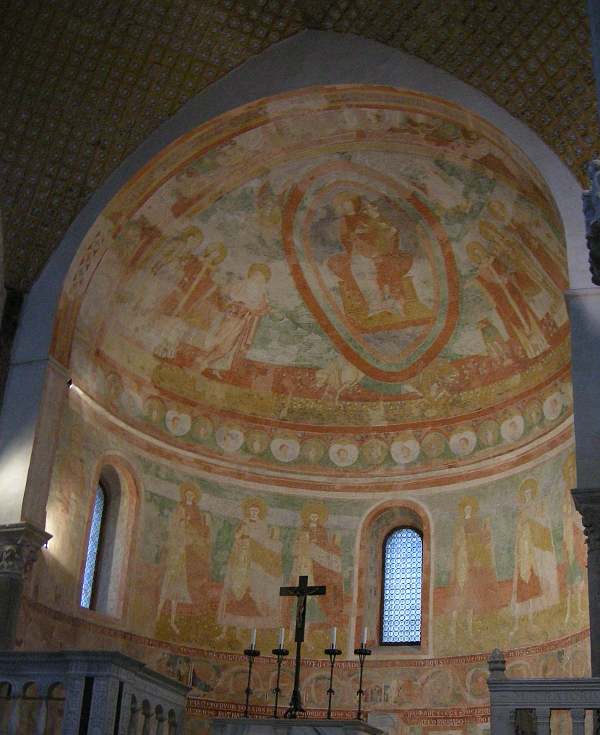 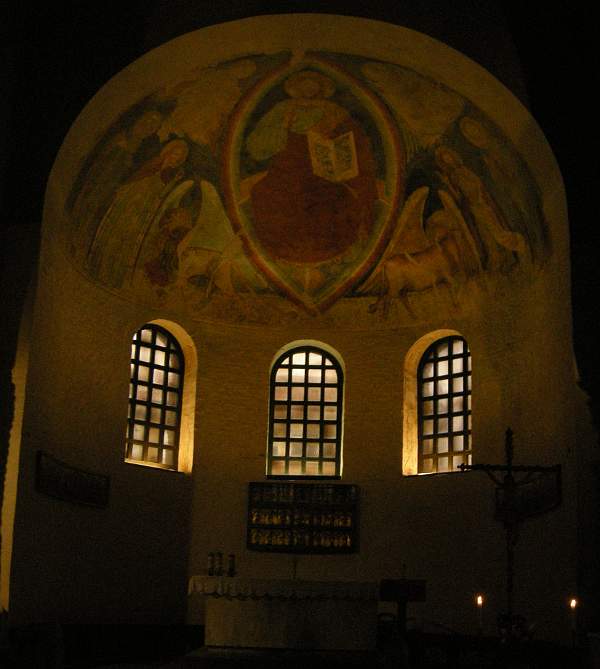 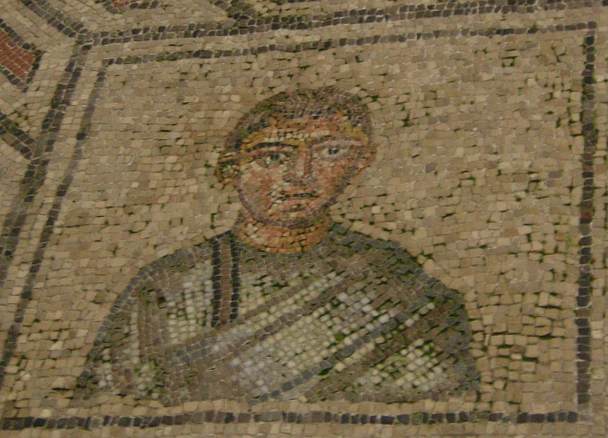 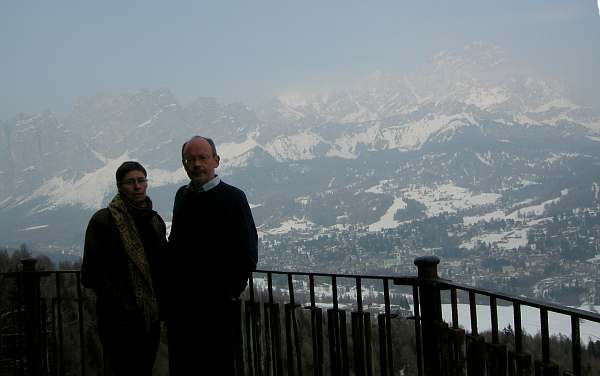 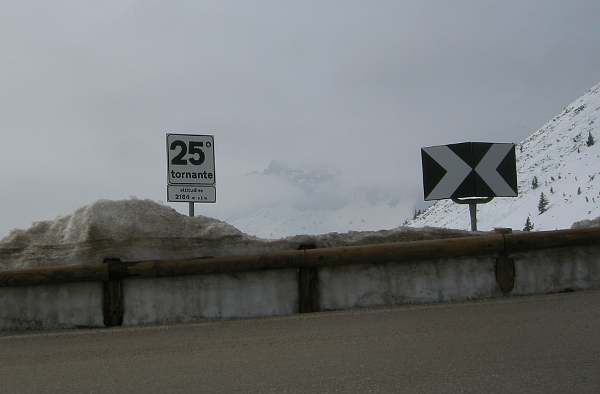 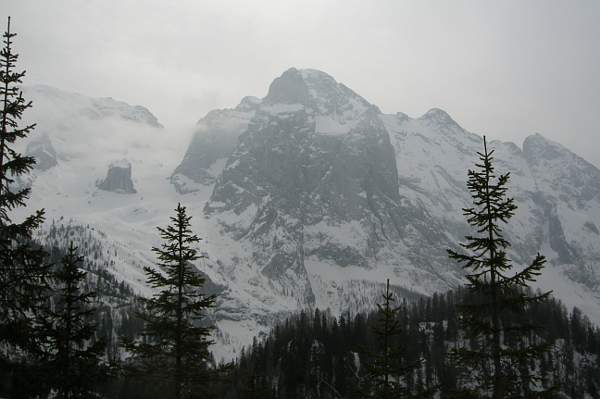 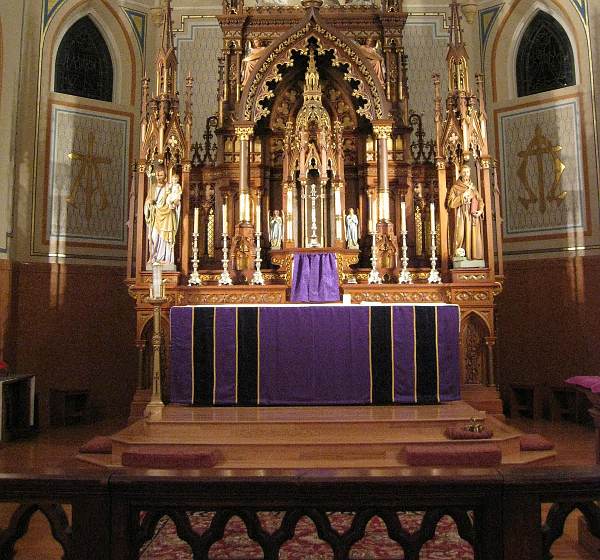 After over two years of catechesis and gradual implementation, our parish now celebrates the Liturgy of the Eucharist ad orientem – in solidarity with the liturgical reforms promoted by our Holy Father, Pope Benedict XVI. The 1970’s ”People’s Altar” (made from parts of the original Communion Rail) is in safe storage, and a much smaller altar for Masses “versus populum” has been made (to accomodate elderly priests who cannot make the three steps to the altar, etc.). 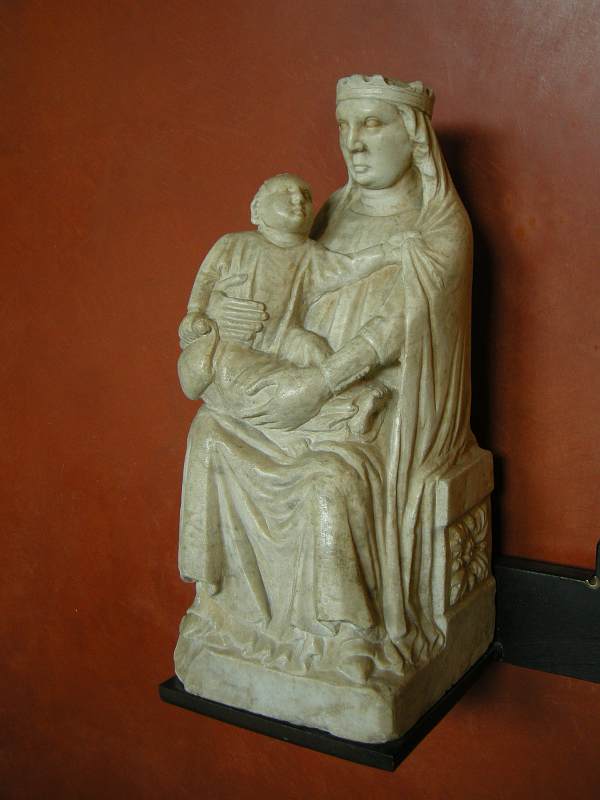 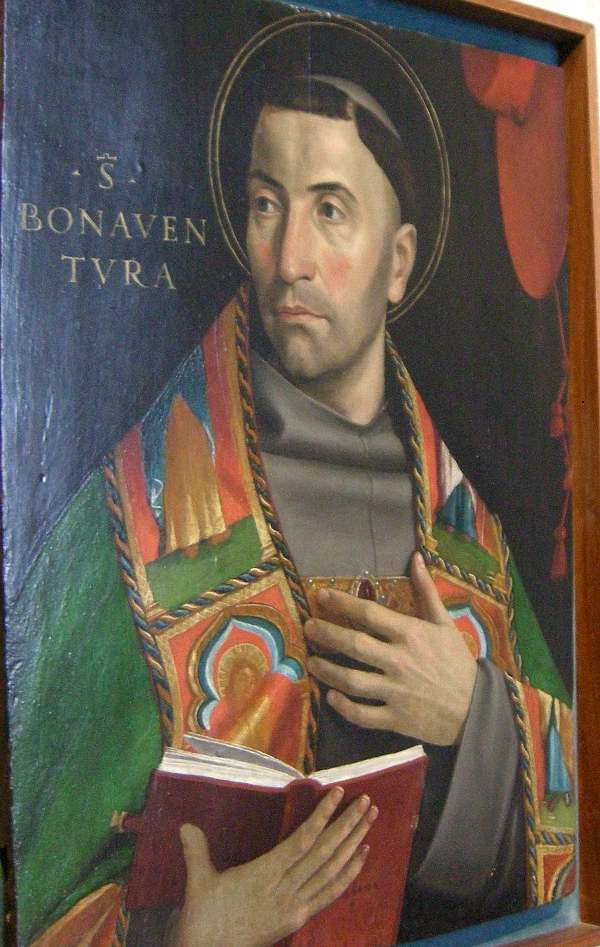 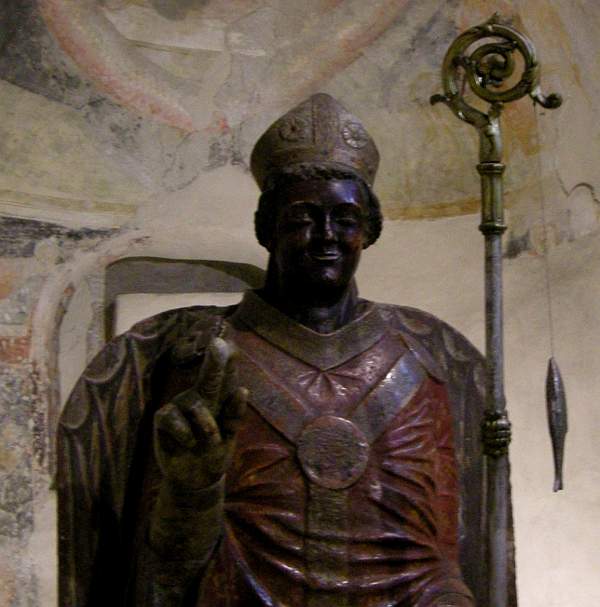