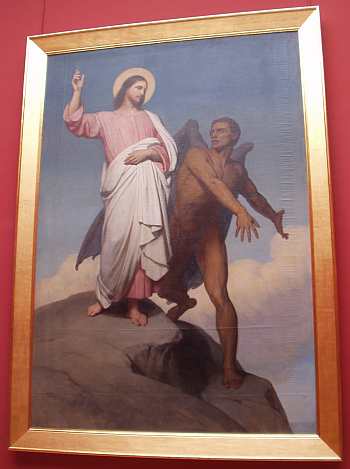 www.chiesa skriver at fastebrevet fra pave Benedikt ligner mye mer pa et kjarlighetsbrev enn fastebrevene har gjort de siste arene: As has been done for more than thirty years, at the beginning of this Lent as well the pope has addressed a message to the faithful, in order to direct their preparation for Easter. Until now, the messages for the beginning of Lent – including last year’s – have usually concerned the duty of charity, of aid for the various forms of human suffering: poverty, hunger, sickness, persecution, exile.

But this year Benedict XVI has broken with this tradition, and in the message for the beginning of Lent he has invited the faithful above all to contemplate Jesus on the cross.

He explains the reason for this himself: because it is only Jesus on the cross who fully reveals the love of God to men.

This is a love that is both agape and eros together. In a few extremely intense passages, Benedict XVI expresses once again that astonishing “essence of Christianity” that he had already placed at the center of his encyclical “Deus Caritas Est.”

The new code (from 1983) states in Canon 1374: “A person who joins an association which plots against the Church is to be punished with a just penalty ..”

This text greatly simplified the former code which had specifically mentioned the Masons. This change led some Masons to think that the Church no longer banned Catholics from being Masons, since, among other things, in many countries membership at a lodge was merely social and had nothing to do with plotting against the Church.

In order to clarify the issue the Congregation for the Doctrine of the Faith published a declaration on Nov. 26, 1983 … signed by Cardinal Joseph Ratzinger, that states:

“It has been asked whether there has been any change in the Church’s decision in regard to Masonic associations since the new Code of Canon Law does not mention them expressly, unlike the previous Code.

… the Church’s negative judgment in regard to Masonic association remains unchanged since their principles have always been considered irreconcilable with the doctrine of the Church and therefore membership in them remains forbidden. The faithful who enroll in Masonic associations are in a state of grave sin and may not receive Holy Communion.”

In its effort to bring together people of different provenances, Masonry requires that its members adhere to a minimal belief in a supreme architect of the universe and leave aside all other pretensions of truth, even revealed truth.

It is thus basically a relativistic doctrine, and no Catholic, nor indeed any convinced Christian, may ever adhere to a group that would require him, even as a mere intellectual exercise, to renounce the affirmation of such truths as Christ’s divinity and the Trinitarian nature of God.

Of course, for many people active in Masonic lodges, the conversations and activities are more social in nature and rarely veer toward the realm of philosophical speculation. A Catholic, however, cannot ignore the fundamental principles behind an organization, no matter how innocuous its activities appear to be.

Før Angelus-bønnen i går (på Petersplassen hver søndag kl 12) snakket pave Benedikt om søndagens tekst, der Jesus ber oss om å elske våre fiender. Han sa at dette var “one of the most typical and strongest excerpts of the preaching of Jesus. ‘Love your enemies’ (Lk 6:27).” Then he asked: “But what is the meaning of these words of his? Why does Jesus ask us to love our enemies, that is, a love that surpasses human capacity? In reality, the suggestion of Christ is realistic because it takes into account that there is too much violence, too much injustice in the world and therefore the situation cannot be overcome unless it is countered by more love and more goodness. This ‘more’ comes from God: it is his mercy, which became flesh in Jesus and alone can ‘turn the balance’ of the world away from evil towards good, starting from that small and decisive ‘world’ that is the heart of man.

This gospel page is rightly considered to be the magna carta of Christian nonviolence, which consists not of giving in to evil – according to a false interpretation of ‘turning the other cheek’ (cfr Lk 6:29) – but in responding to evil with good (cfr Rm 12: 17-21), thus breaking the chains of injustice. Then it is understood that for Christians, nonviolence is not merely tactical behaviour but rather a personal way of being, the attitude of one who is so convinced of the love and strength of God that he is not afraid to face evil armed with just the weapons of love and truth. Loving one’s enemy constitutes the nucleus of the ‘Christian revolution’, a revolution based not on strategies of economic, political or mediating power. The revolution of love, a love that ultimately does not depend on human resources but is a gift of God that is obtained by trusting uniquely and without reservations in his merciful goodness. This is the news of the Gospel, which changes the world without making any noise about it. This is the heroism of the ‘little ones’ who believe in the love of God and spread it even at the cost of their life”.

Best Political/Social Commentary: The Anchoress
Runner-Up: Catholic and Enjoying It 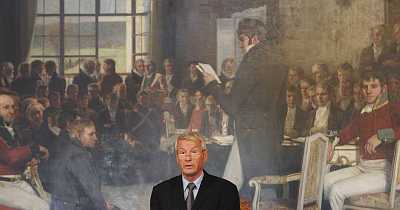 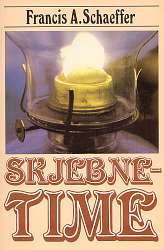 “I fear schism,” Rowan Williams told the BBC, and with good reason. Today the annual meeting of the Anglican Communion officially begins in Tanzania, and it is not at all clear that the communion will last the week. No fewer than thirty-seven Anglican archbishops have assembled at a hotel in Dar-es-Salaam, charged with the task of deciding what to do about the communion’s recalcitrant American branch, otherwise known as the Episcopal Church.

… Rather than preach the repentance of sin and forgiveness of Christ, the liberal church primarily exists to help create the “kingdom of God” by advocating for social justice, inclusion, and so on. In bishop Schori’s new book, A Wing and a Prayer, it seems that she does, in fact, affirm doctrines like Christ’s divinity and resurrection. But for liberals such as Schori, such matters are relatively unimportant. For Schori, disagreement on such issues is possible, even desirable, within the Church. The only nonnegotiable doctrines have to do with the Church’s new central mission, defined as matters like gay rights and the UN Millennium Development goals.

… The details remain to be sorted out, but it is likely that most of the Episcopal Church will be demoted to second-rank Anglican status, leaving an orthodox remnant to form what eventually will become a new Anglican province in the United States. 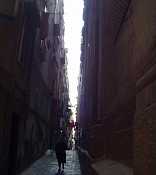 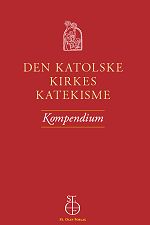 As a footnote, Curry (Auxiliary Bishop Thomas Curry of Los Angeles) will ordain a former Episcopalian as a Catholic deacon on Feb. 10, the final step before his ordination to the priesthood next year. When that happens, this former Episcopalian will join the small but growing ranks of married Catholic priests in the United States. He and his wife recently celebrated their 44th wedding anniversary. …

Curry said that in Los Angeles, Catholics and Episcopalians have agreed that they will not ordain one another’s clergy, to avoid any impression of “poaching.” In this case, however, the former Episcopalian served many years ago in another part of the country.