Thursday, the campaign issued a statement from Edwards saying that he had been personally offended by the remarks and that the bloggers “have both assured me that it was never their intention to malign anyone’s faith, and I take them at their word.”

The campaign also sent out semi-apologetic statements from each blogger saying she was sorry if anyone was offended.

And so religious liberals find themselves in a quandary. They have no interest in associating with the likes of William Donohue, the Catholic League president who is closely aligned with the GOP and led the charge against Edwards’ aides. Donohue said Thursday he would take out newspaper advertisements attacking Edwards as anti-Catholic. But religious liberals also think Edwards’ aides merit more than a slap on the wrist.

“I thought his explanation was not satisfying,” said Cornell’s Penalver. “It’s obvious that they did mean to give offense.”

“You imagine a similar kind of comment directed at the Jewish community or at the gay community – something at this level of intentional offensiveness — and I have a hard time believing it gets resolved in the same way,” he said.

“During the summer semester of 1918, during Husserl’s lectures at the University of Freiberg on the subject of Rudolf Otto’s book, ‘Das Heilige,’ Edith probably read Teresa of Avila’s name because it’s mentioned in that book.” Later, on May 24 or 25, 1921, at the house of Anne Reinach and her sister-in-law Pauline, in Goettingen, Germany, Stein chose the autobiographical volume: “Life of St. Teresa of Avila” from their library.

The reading of St. Teresa’s book was decisive in tipping Stein toward Catholicism instead of Protestantism, but Father Dobhan wants to clarify that “here we are not talking about the step from atheism to Christianity.”

“The exclamation of ‘This is the Truth!’ that is generally put in the mouth of Stein upon reading the autobiography of the saint, does not correspond to what she said, nor does it reflect Stein’s spiritual process,” Father Dobhan clarified.

Stein’s inquiry into Christianity had been maturing over time. As a philosopher, she was profoundly influenced by the work of Max Scheler during his Catholic period and the heroic witness of Anne Reinach, widow of fellow philosopher Adolf Reinach, who fell in the war in November 1917.

The importance of the sacrament of Penance is that it really does restore and renew our baptismal holiness. A Catholic who has committed grave sin is obliged to ask forgiveness for it in this sacrament. Once we do this and receive sacramental absolution, we are restored again to holiness – to an innocence before God. So powerful is the grace of this sacrament that the Rite of Penance reminds us that “frequent and careful celebration of this sacrament is also very useful as a remedy for venial sins. This is not a mere ritual repetition or psychological exercise, but a serious striving to perfect the grace of baptism so that, as we bear in our body the death of Jesus Christ, his life may be seen in us ever more clearly”.

Dear Brothers in Christ,
It is with great joy that I welcome you, the members of the Joint International Commission for Theological Dialogue between the Catholic Church and the Oriental Orthodox Churches, on the occasion of your fourth plenary meeting. ….

Your meeting concerning the constitution and the mission of the Church is of great importance for our common journey toward the restoration of full communion. The Catholic Church and the Oriental Orthodox Churches share an ecclesial patrimony stemming from apostolic times and the first centuries of Christianity. This “heritage of experience” should shape our future “guiding our common path toward the re-establishment of full communion”.

We have been entrusted by the Lord Jesus with the mandate “Go into all the world and proclaim the Gospel to the whole creation” (Mark 16:15). Many people today are still waiting for the truth of the Gospel to be brought to them. May their thirst for the Good News strengthen our resolve to work and pray diligently for that unity required for the Church to exercise her mission in the world, according to the prayer of Jesus “that they may become perfectly one, so that the world may know that you have sent me and have loved them even as you have loved me” (John 17:23).

Many of you come from countries of the Middle East. The difficult situation which individuals and Christian communities face in the region is a cause of deep concern for us all. Indeed, Christian minorities find it difficult to survive in the midst of such a volatile geopolitical panorama and are often tempted to emigrate. In these circumstances, Christians of all traditions and communities in the Middle East are called to be courageous and steadfast in the power of the Spirit of Christ. May the intercession and example of the many martyrs and saints, who have given courageous witness to Christ in these lands, sustain and strengthen the Christian communities in their faith!

Thank you for your presence today and for your ongoing commitment to the path of dialogue and unity. May the Holy Spirit accompany you in your deliberations. To all of you, I cordially impart my Apostolic Blessing. 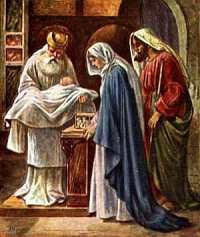 Det første spørsmålet han svarer på, er om det alminnelige kirkeåret, som vi nå er inne i, er en mindre viktig del av kirkeåret. Det svarer han benektenede på, slik: It is not a weak time with respect to the other intense times, as it includes Sundays which are the weekly celebration of Easter, which is at the very origin of the liturgical year. Of itself this time has nothing that makes it inferior to the others.

Ordinary time does not have as object the celebration of a particular mystery of the life of Christ, but the totality of the mystery seen more as a whole than in a particular mystery. They are 33 or 34 weeks which are placed after the feast of the Baptism of the Lord and which follow the solemnity of Pentecost.

– How can we describe, exactly, the liturgical year?

Father Flores: The liturgical year can be described as the ensemble of celebrations with which the Church lives annually the mystery of Christ. … The liturgical year is, therefore, the year of the Lord, of the glorious Kyrios, of the risen Christ present in the midst of his Church with the long history that precedes and accompanies him. We relive the covenant, the choice of the holy people and the fullness of messianic times.

In the course of the annual cycle the whole mystery of Jesus Christ unfolds, from the incarnation to the expectation of his second coming at the end of time, culminating with the most important celebration of the year, namely, the memorial of his paschal mystery.

In its various moments, the liturgical year celebrates nothing other than the fullness of this mystery; it has its center in the annual Easter, everything springs from it and everything tends to it.