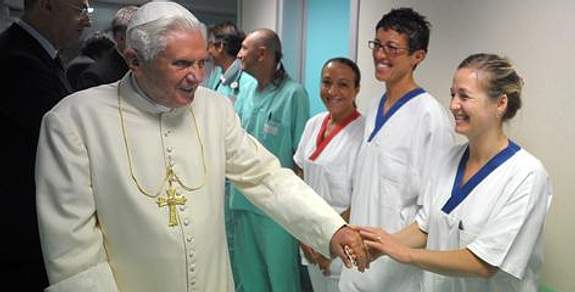 Pope Benedict has had surgery on his wrist after suffering a fall while on holiday in the Italian Alps. The Vatican says the 82-year-old pontiff accidentally slipped during the night in his chalet and broke his right wrist.

Despite his injury, he was able to celebrate Mass in the morning in the alpine town of Aosta before undergoing surgery to re-align the fractured wrist bones.

He left hospital after a 20-minute operation under local anaesthetic and has now returned to his holiday home. The Pope will have to wear a cast for about a month.