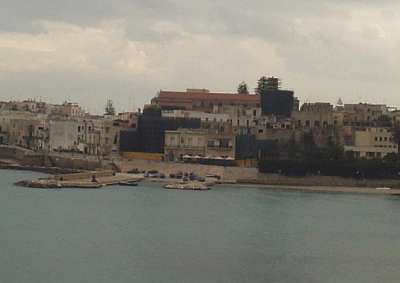 That day the Church remembers and venerates the approximately eight hundred martyrs of Otranto, in Puglia, pressured to renounce the faith after the crushing assault of the Ottoman soldiers. They were exhorted by blessed Antonio Primaldo, an elderly tailor, to persevere in Christ, and thus through decapitation they obtained the crown of martyrdom. 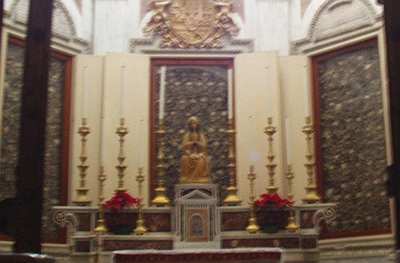 The martyrdom of these eight hundred men took place in 1480, on August 14, the day of their liturgical commemoration. It was because of them that five centuries later, in 1980, John Paul II visited Otranto, the Italian city in which they were martyred.

And this year, on July 6, Benedict XVI definitively authenticated their martyrdom, with a decree promulgated by the congregation for the causes of the saints.

But who were the eight hundred men of Otranto? And why were they killed? Their story is of extraordinary relevance – just like the conflict between Islam and Christianity, in the midst of which they sacrificed their lives. … …

Ahmed condemned all the eight hundred prisoners to death. The following morning, they were led with ropes tied around their necks and their hands bound behind their backs to the Hill of Minerva, a few hundred meters outside of the city. De Marco writes: 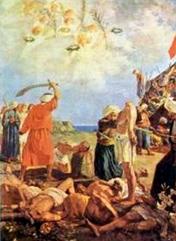 “All of them repeated their profession of the faith and the generous response they had given at first, so the tyrant commanded that the decapitation should proceed, and, before the others, the head of the elderly Primaldo should be cut off. Primaldo was hateful to him, because he never stopped acting as an apostle toward his fellows. And before placing his head upon the stone, he told his companions that he saw heaven opened and the comforting angels; that they should be strong in the faith and look to heaven, already open to receive them. He bowed his head and it was cut off, but his corpse stood back up on its feet, and despite the efforts of the butchers, it remained erect and unmoving, until all were decapitated.”